Once upon a time in Black Entrepreneur History lived a woman named Ladi Kwali from the African country of Nigeria who became the first great female master potter who earned multiple honors while even gaining her face on the Naira note. 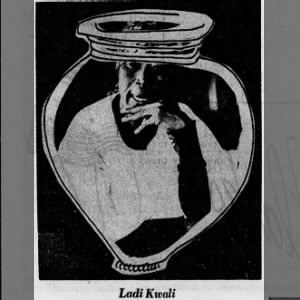 She was raised in a family that cherished the folkloric female tradition of pottery making. She started pottery without a formal training.

In year 1951, the Nigeria government established a pottery training Centre in Suleja, appointing Michael Cardew as its first pottery officer. Ladi Kwali came in contact with Michael Cardew who trained her on some modern pottery techniques including; wheel throwing/potter’s wheel.

She took over the affairs of the Centre after Cardew. She yearned to make the craft of pottery making accessible to more women. The Centre had attracted four additional women from Gwari: Halima Audu, Lami Toto, Assibi Iddo, and Kande Ushafa. 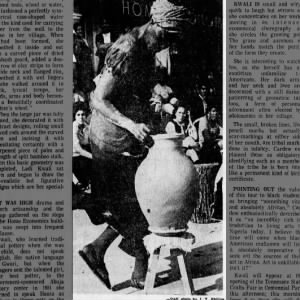 Ladi Kwali’s pots were displayed in international exhibitions of Abuja pottery. She traveled and represented Nigeria in Germany, Britain, and France. It was in the year of 1972 that she toured America with Cardew. She has the Abuja pottery renamed in her honor in the early 1980’s.

Ladi Kwali was awarded an MBE (Member of the order of the British Empire) in 1963.

In year 1980, she received the highest national honor for academic achievement in Nigeria by the Nigeria government. She earned and was awarded the Nigerian national order of merit award. Ladi Kwali’s picture appears at the back of the Nigeria 20naira bill which is a great achievement as she is the first woman on the Naira note.

She died in the year 1984 aged 59 years in Minna, Niger state, Nigeria leaving behind a great legacy.