Once upon a time in Black Entrepreneur History lived an African American man named Daniel Hale Williams who went on to become a surgeon and launch the first hospital with an integrated staff in the United States of America called Provident Hospital and became the third surgeon to successfully perform open-heart surgery in the world, the 2nd in the USA, and the 1st Black & African American to do so in the world.

He was named after father, and came into a full family of nine people, making it a household of ten. He was the sixth child of eight. [1]

He came up in a Christian household, made apparent by his baptism when he was only one year old at First United Methodist Church in the year of 1858. [2]

Dr. Daniel Hale Williams came up in a time where Black people were not allowed in White spaces due to the laws of segregation. His choices in his career would be influenced by his stance against racism and segregation while constantly uplifting the African American community where they were constantly being derided and stepped on.

Surely because his father was an entrepreneur, he learned that knack from his father at an early age. Unfortunately, his father passed away before he became a teenager, and he was sent to live in Baltimore, Maryland where he would become a shoe making apprentice.

This profession was not his forte, and he was determined to change it. Therefore he fled Maryland to live in Illinois where his family had already relocated. It is in Illinois that he decided to not only take up barbering but enroll in the Chicago Medical College under the surgical lead of Dr. Henry Palmer. While there, he also ended up an Anatomy instructor.

Soon, Dr. Daniel Hale Williams became the 1st African American physician to work for the Chicago Street Railway system. It was in 1891 that he founded and launched the only and the 1st hospital in the United States of America with an fully integrated staff that took in patients of every ethnicity and race called Provident Hospital.

Provident Hospital had a full staff of nurses, physicians and surgeons of all races and was renowned all over the world as well as being recognized as one of the best hospitals in the city. [3]

Dr. Daniel Hale Williams was a highly celebrated man, considered the “foremost Afro-American surgeon in this country, and easily the peer of any other regardless of race or nationality.” [4]. As a matter of fact, a full gala was held to uplift and celebrate the African American race in the year 1908, regardless of status, and in this celebration, Dr. Williams was given multiple honors in silver souvenir tokens and even a carved silver water pitcher for his his skills as a surgeon.

Dr. Daniel Hale Williams was the only Black physician in the Medical Congress. He was described in a quote form The Washington Bee newspaper of 1887 as “the most highly educated colored physician in this country, and a man of whom the race should feel proud… He is logical and polite.”[5]

He was also knighted by the authorities of Europe as Fellow of the American Colleges of Surgery, according to The Broad Ax newspaper of 1920. This was huge for him as he represented the full African American race at the time in the world of medical science, which paved the path against the racist thought that Black people weren’t able when in fact, African American people surpassed. Here is a quote from The Broad Ax:

“in the acquisitiveness of complicated operations on the human body, advancing so near the realm of perfection in his art of major surgery that he [Dr. Daniel Williams] was knighted by the authorities of Europe as Fellow of the American Colleges of Surgery. This is score No.3 which places the Negro race in the vanguard of the world’s scientific progress.” [6]

It was in 1893, before there was any modern equipment available such as X-Rays and tools, to perform such a complicated surgery, Dr. Daniel Hale Williams successfully performed open-heart (pericardium) surgery on a man named James Cornish which added years to his life. Dr. Williams was the third doctor to perform such a brilliant surgery.

James Cornish, the patient, had been stabbed and was in the process of bleeding to death the day he was brought to the hospital to be treated by Dr. Williams. Dr. Williams knew he was bleeding from a severed artery, so he knew he had to locate it in order to save this man’s life. He did just that at a time when operating on a heart was not anything safe to do and wasn’t typically done.

Dr. Williams opened the man’s chest and proceeded to carefully navigate around the heart without causing any further damage until he found the severed artery, but at the same time he sutured the artery, he located a severe wound in the pericardium as well. This was the sack that holds the heart! He had to repair that as well, and he did so marvelously.[7]

This made Dr. Williams the 1st Black & African American to perform Open-Heart Surgery. He was the second American to perform heart surgery (behind Dr. Henry Dalton by two years), and the third in the world. Of course, the surgery was performed at Provident Hospital, the hospital he founded on the South Side of Chicago.

His Service to Freedman’s Hospital

Later in the year of 1894, Dr. Williams relocated to Washington D.C. where he would become chief surgeon at Freedman’s Hospital, a medical facility where formerly enslaved Black men, women and children could go for free medical services because post emancipation, there was no medical facility that would treat any Black person in America.

Because the facility was worn down, Dr. Daniel Hale Williams used his own money and know how to improve the conditions of the facility overall and even launched an ambulance service so that African Americans could get to the hospital in an emergency.

Co-founding of the National Medical Association

In the year 1898, when Daniel was about 42 years of age, he married a woman by the name of Alice D. Williams who was only a couple years younger than he.

He passed away on August 4, 1931 in Idlewild, Michigan, but his legacy will live on for generations, paving a path for all Black doctors around the globe. 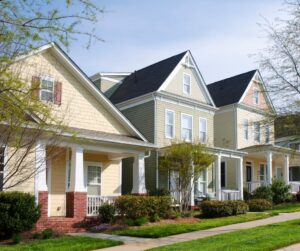