It’s a common misconception that everyone is competition with one another and that once an entrepreneur, the best way to the top is by stepping on others. This is definitely the wrong answer, especially if one wants to build with roots that dig deep and have a better chance of survival.

One such example of Black entrepreneurs working with each other to build success comes from a man named Ottowa W. Gurley, who founded Black Wall Street and also Booker T. Washington, the founder of Tuskegee Institute.

Both of these men have a history of working together with other established entrepreneurs that they sought out while also building relationships with other budding entrepreneurs with little to no experience. Gurley and Washington went wide as entrepreneurs at the exact same time they went deep, building into generations of up and coming business men and women.

One of Gurley’s first business ventures in Greenwood (Black Wall Street) was providing a building with multiple rooms to house Black people who needed a safe place from racism. This was one of the starts to the area. He would then loan money to others to launch their own businesses. Over the years, Black Wall Street was over 30 blocks of Black owned revenue and businesses only.

Booker T. Washington, on the other hand, grew Tuskegee University by reaching out to people like George Washington Carver and Black architects along with other talented professionals to direct the design of buildings and teach agriculture among other things. The African American students learned the basics, how to grow their own healthy food and build their own bricks for the constructing the buildings which now stand today at Tuskegee University. Washington grew roots for younger generations while working with other Black entrepreneurs.

Therefore, put away the myth that linking up with other entrepreneurs in your same field or in another field will somehow hamper growth. It won’t! It will do quite the opposite. This is who our African American forefathers, with the vision of God, moved us forward to where African Americans are today. 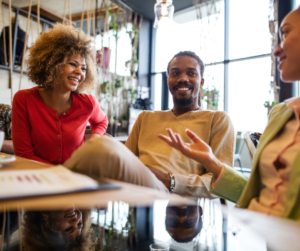 How to Create a Successful Business Pertaining To Black Culture 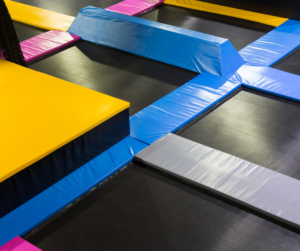 How to Open Your Own Trampoline Park