Once upon a time in Black Entrepreneur History, there lived an African American woman named Alice H. Parker, and she became the inventor of Natural Gas Central Heating.

Alice H. Parker was born in the city of Morristown, New Jersey in 1895, this was approximately 30 years after the Emancipation Proclamation. Her life was during a time of Renaissance for African Americans, and she lived in the northern state where there was much relocation for Black people in America after the Civil War.

The life of Alice H. Parker overall flew under the radar due to the time in which her life was spent. As an African American and woman, her life wasn’t as notorized as several African American men or white people in general. Nevertheless, Parker went on to achieve a degree at Howard University and go on to invent was was called the Heating Furnace, patented on December 23, 1919.

Alice H. Parker’s Heating Furnace utilized gas as the fuel, and she created it to reliably provide heat for homes and other buildings. Her heating furnace “embodies a plurality of heating units independently controlled…with hot air ducts leading to different parts of the building” to heat various rooms and floors while being regulated.

Her patent certified new and improved invention (US Patent # 1325905) was major for African American women because prior to her, there for few and in between such as Lyda Newman and Sarah Boone to name a few who had inventions in the 1800s.

Parker was not the first to invent a heating system, but by law, patents must be distinctly new and not a replica. Thus, Parker’s Heating System proved new to the patent office, unique on several points because it was the first heating system to use natural gas as fuel with individually controlled air ducts and temperature controls for different areas in one structure or building.

After she invented the Natural Gas Central Heating System, it became foundational for modern, individually controlled heating systems, although when it was invented, it wouldn’t pass regulation in the USA. Despite that, her idea was revolutionary at the time, and people all over the world benefit from her innovation as they used her invention as groundwork.

Albert & Margaret Robinson – Founders of the Hotel Robinson in California 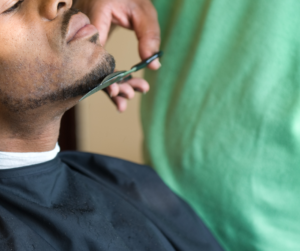